עופר איתן Divulge: The Art of De-escalation in Street Photography

“Take another photo and I’m going to shove that camera up your a**.” Beware of small guys with big mouths. That’s the takeaway here.

Clearly he was not impressed, and although he was a head shorter than me, his steely-eyed glare exuded a level of confidence a full foot taller than his boyish, brown brush cut. Maybe he was well versed in the martial arts, with a quick karate chop to the cranium at the ready. Maybe his green Canada Goose coat concealed a weapon of the deadly variety. How I reacted to him would determine what came next. The Clint Eastwood quote, “You feelin’ lucky, punk?” came to mind. I wasn’t. 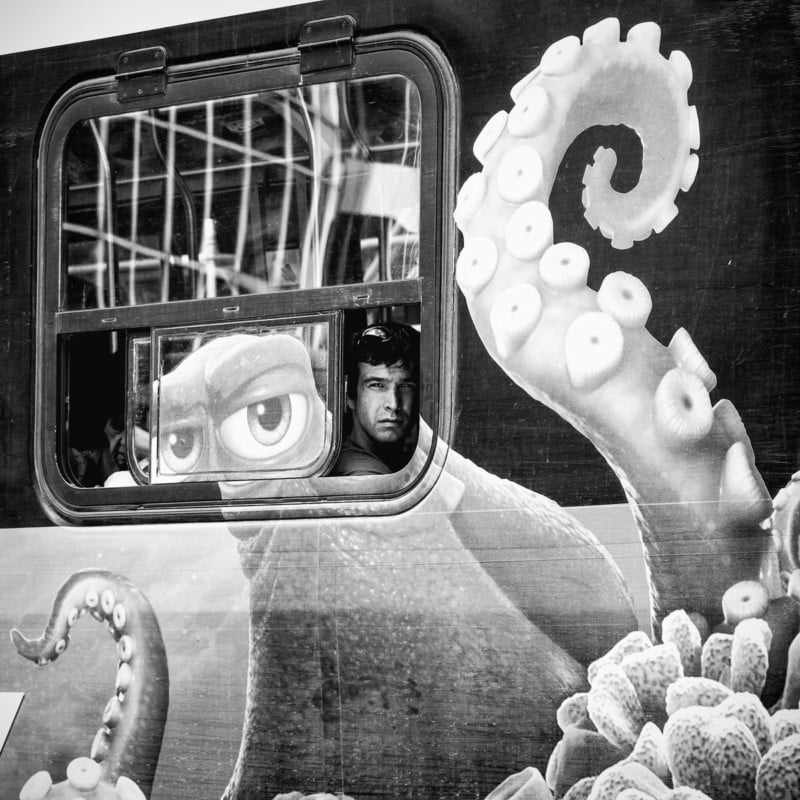 At the time, I was busy clickity clicking away with a Canon 5D Mark III sporting 16-35mm f/4 Canon L glass. It’s a killer camera/lens combo but it stands out in a crowd. I was loitering aimlessly out front of Toronto’s opulent Union Station. Its 22 towering 40-foot columns and solid limestone walls loomed above me oppressively — an invitation for any street photographer who appreciates the grandeur of impressive architecture from a bygone era. Constantly on the move, I snapped away with reckless abandon.

What I wasn’t doing was photographing him. In fact, before he opened his yap, I hadn’t even noticed him. 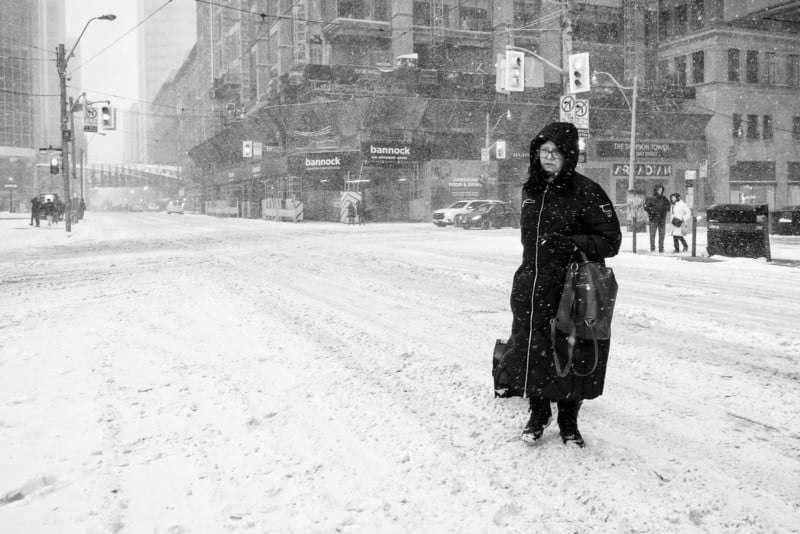 Of course, that matters not. In his mind, my camera and I must be up to something nefarious. Perhaps he’d had a negative experience with some other street photographer in the past, I don’t know. He might even have mental health issues. That’s not uncommon in any bustling downtown metropolis.

What I do know is that around my neck hung $4,500 bucks worth of camera gear. Behind my back, a medium-sized camera bag with more gear in it. I was clearly disadvantaged if this unpleasant confrontation turned physical. The risk of seeing my expensive camera in pieces on the pavement far outweighed my concern over taking a punch or two. 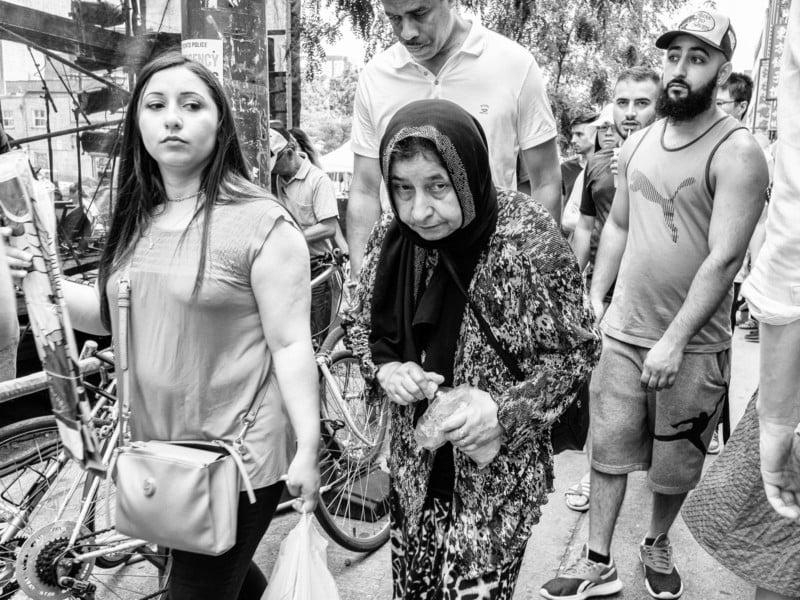 When it comes to the personal violence ubiquitous in the world, my theory is that most of it can be attributed to unchecked arrogance and petty pridefulness. In all my years on this planet, I’ve yet to meet anyone who enjoys losing face or has a hankering for humble pie. Being constantly prideful and easily triggered is no way to go through life. 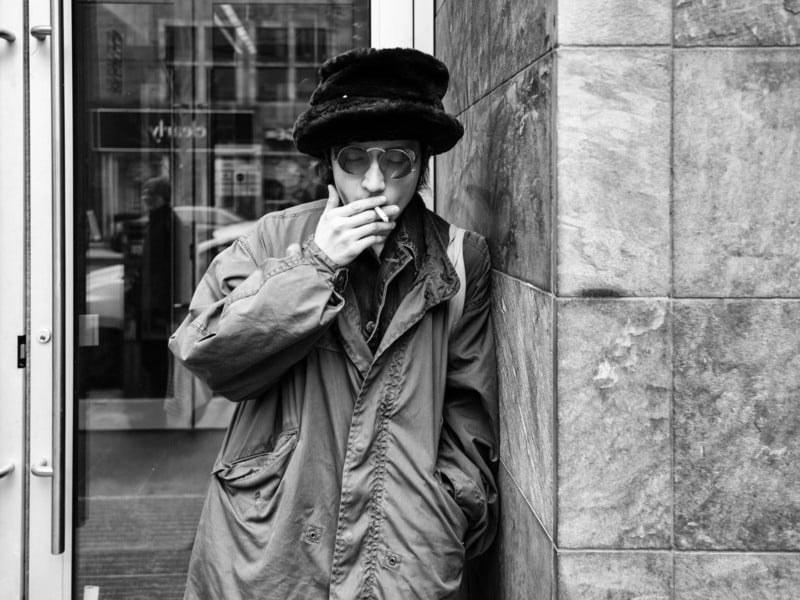 I could have let my pride get the better of me and replied with, “What the f**k did you just say?” I could have laughed in his face. Or I could have taken a pre-emptive approach and introduced him to a flying dropkick to the frontal lobe, ala Karate Kid (but let’s face it, at my age, that’s an unlikely feat). My guess is that any of the above responses would have resulted in a full-on street scrap and even if I won there was a great chance my camera would have ended up damaged in the process. Sometimes you can win the battle yet still lose the war, as they say. 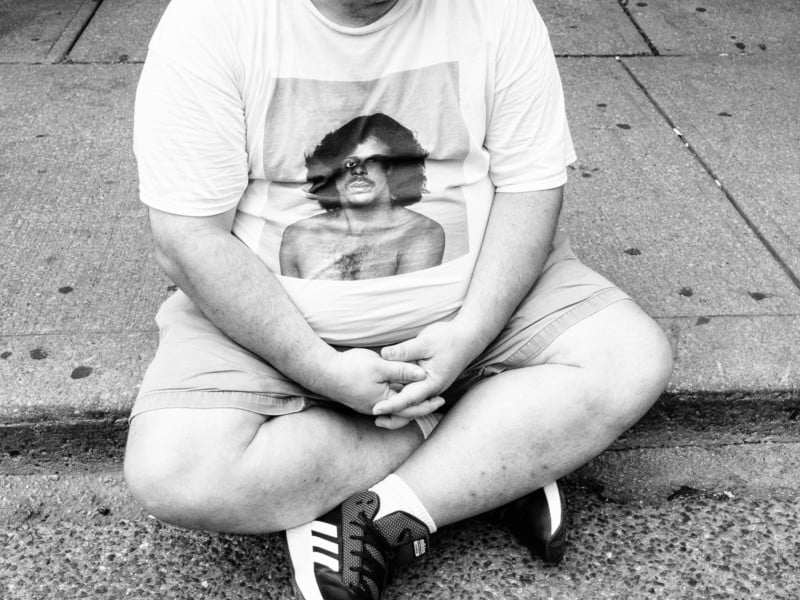 At least my little aggressor was courteous enough to express his lofty intentions involving my camera and my anus. Advanced warning is always appreciated. I know another Toronto street shooter who, while minding his beeswax on a busy downtown corner with his camera at his side, was sucker-punched from behind, resulting in an unexpected kiss with the concrete sidewalk. He ended up with an ego and an eye both bruised for the crime of doing nothing, but at least his camera came out of it unscathed.

Instead, the approach I took was to gulp down my pride and refrain from escalating the situation. Rather than responding in kind, I simply gave him a quick nod and casually meandered off. My spidey senses told me that there was pretty much nothing I could say, besides sorry (which I had no reason to be), that would not come off as defensive. A defensive reaction opens the door to more dialogue, which was something I had no interest in entertaining. I was out to take pictures, not get into arguments with strangers. 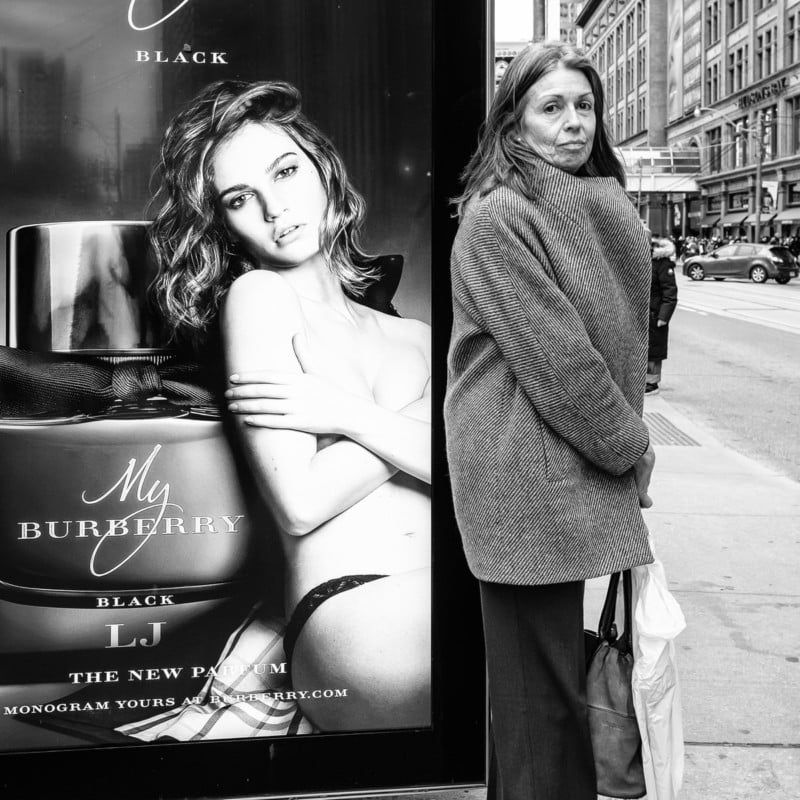 Annoyed more than rattled, I continued to shoot away while at the same time keeping my eye on him from a distance. A few minutes later his girlfriend exited Union Station and they both went on their merry way without so much as a glance in my direction. 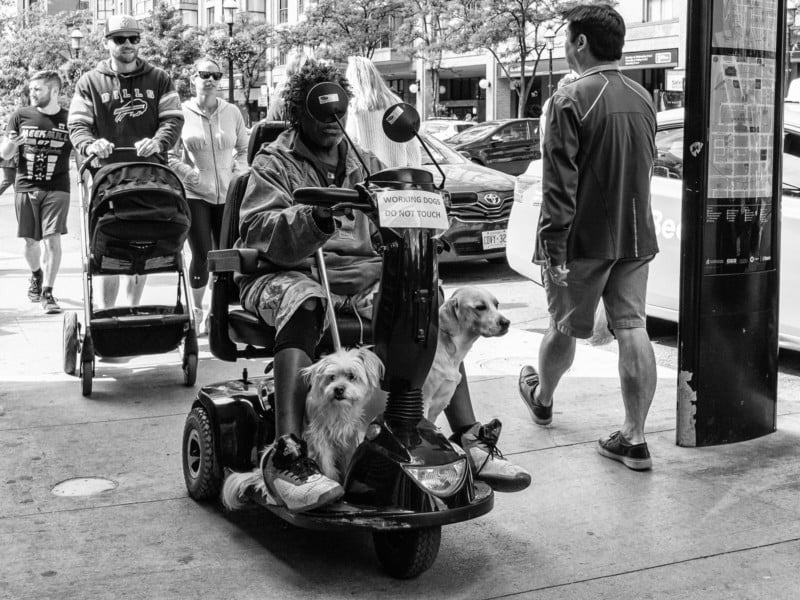 I have no idea what his deal was, and I really don’t care. As a street shooter part of the job is to know how to handle situations like these when they arise. Sometimes the best course of action is no action.

“But the law is on your side,” some might argue. And yes, that’s indeed true (at least here in Canada). So what? Is he going to care? Pointing out the law would have been akin to extinguishing a brush fire with a bucket of butane. 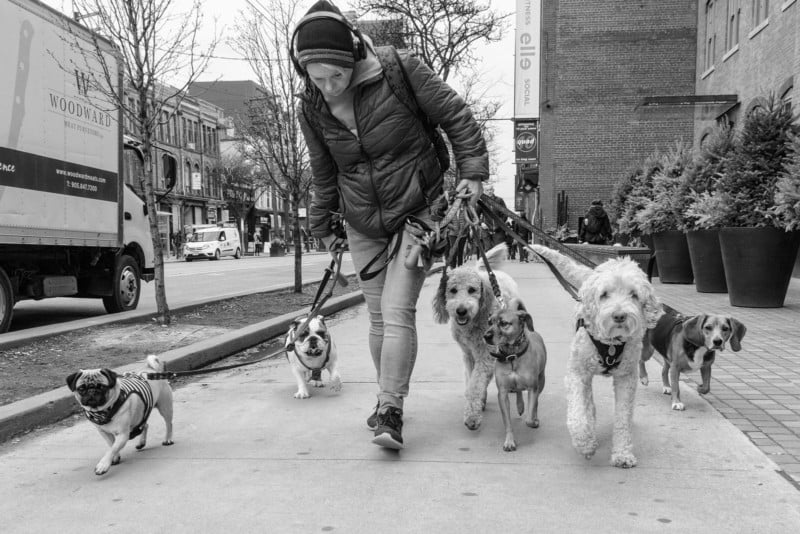 My first rule around these interactions is never to lie; after all, I’ve done nothing wrong. I just assume I’ve been noticed, so there’s little to be gained by not being honest about it. If the person’s demeanor isn’t aggressive or threatening, I immediately offer to show…