A Philly photo shoot and mini-moon followed their celebration.

Delivering the latest in style, inspiration, helpful tips and tricks, and everything else you need to know to plan the perfect Philly wedding.

Daryl Worley and Sierra Simmons held their backyard pandemic wedding in New Jersey then headed to Philly for their mini-moon. Photography by Ryan Eda Photography

The elopements and micr0-weddings of this year have taken many forms, as couples throughout the Philly region find a way to still get married in their unique way. There have been simple but floral-filled rooftop elopements, living-room “I do’s” and socially distanced picnic soirees. Then there’s this backyard pandemic wedding, during which pro football player Daryl Worley and bride Sierra Simmons donned chic styles to say “I do,” then took a ride to Philly for an ultra-glam post-party photo sesh. Take a peek at their luxe looks, captured by Ryan Eda Photography, below. 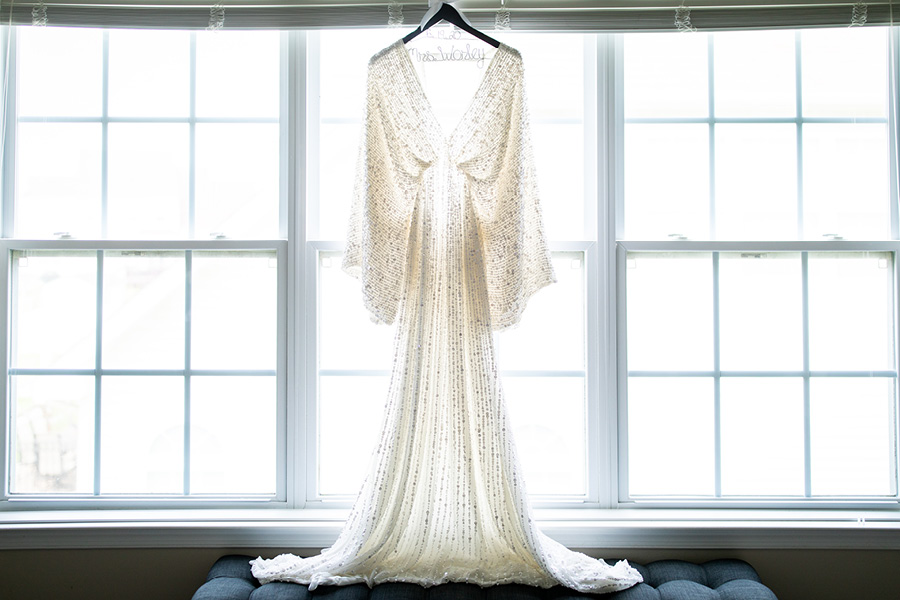 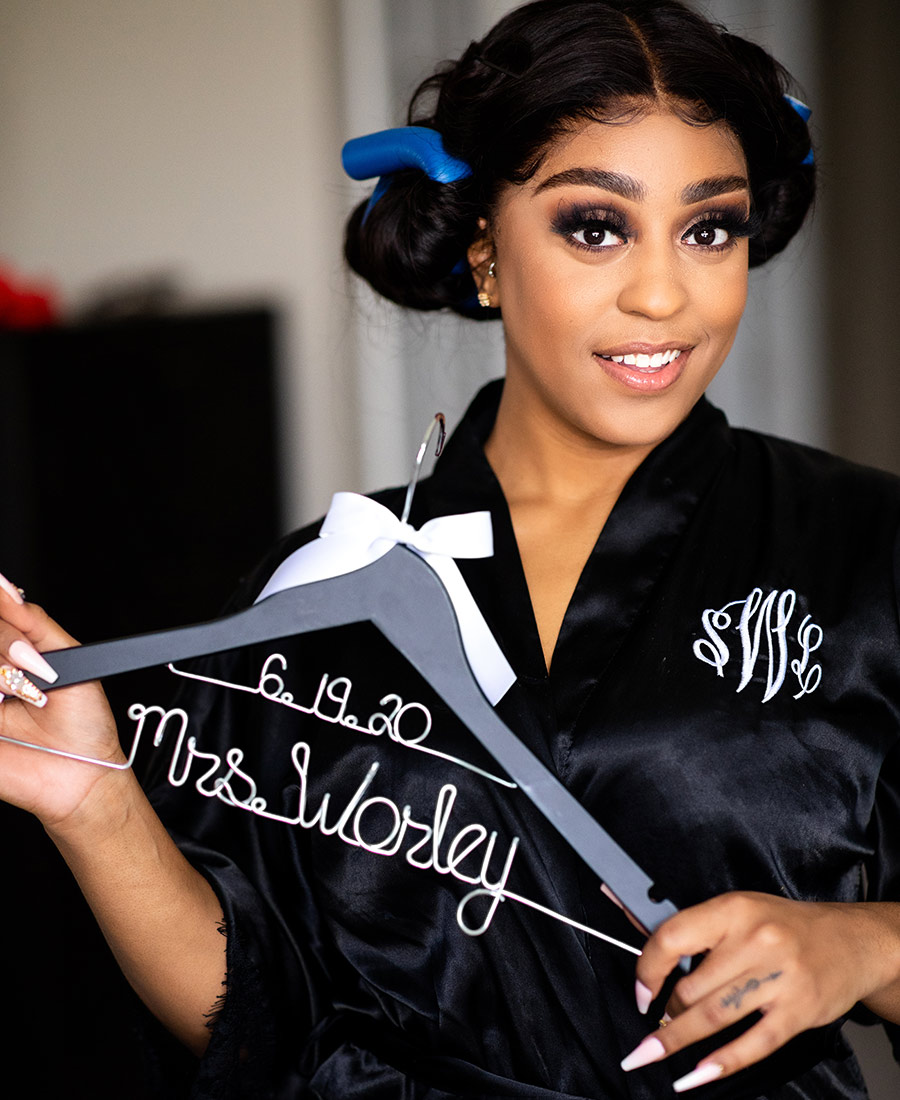 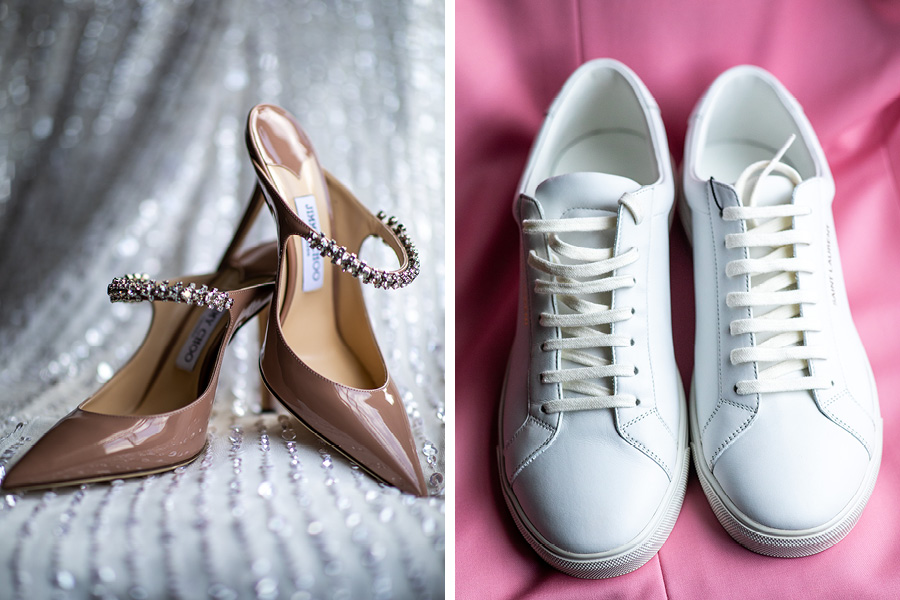 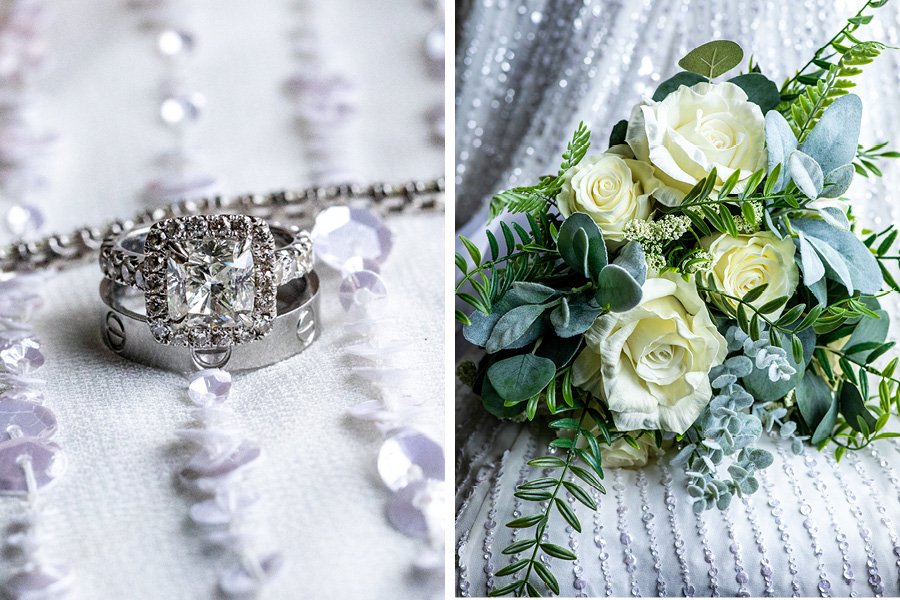 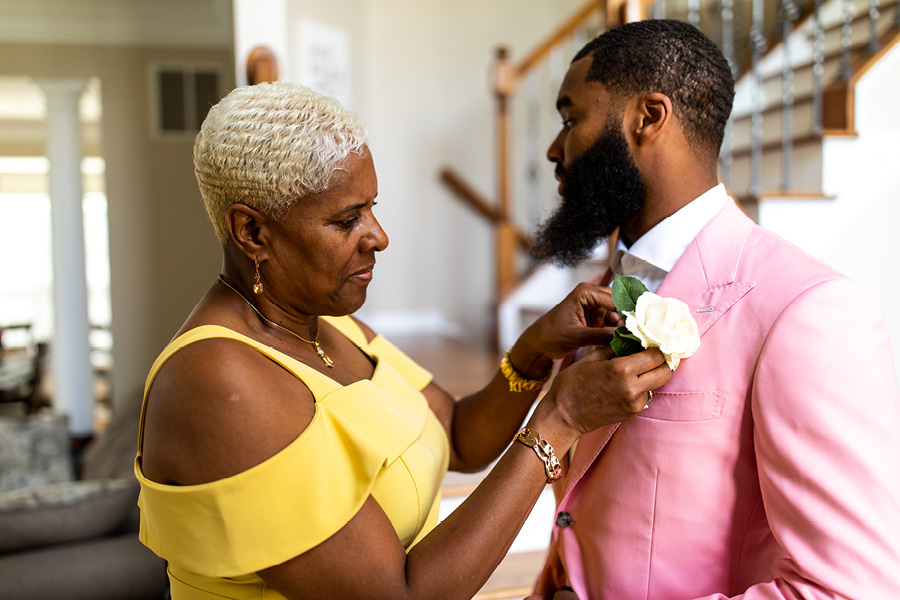 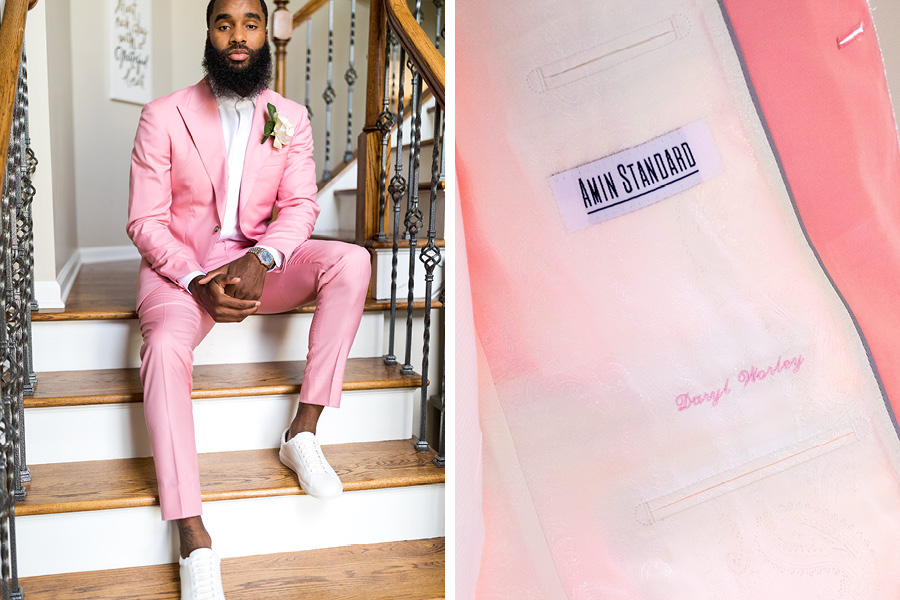 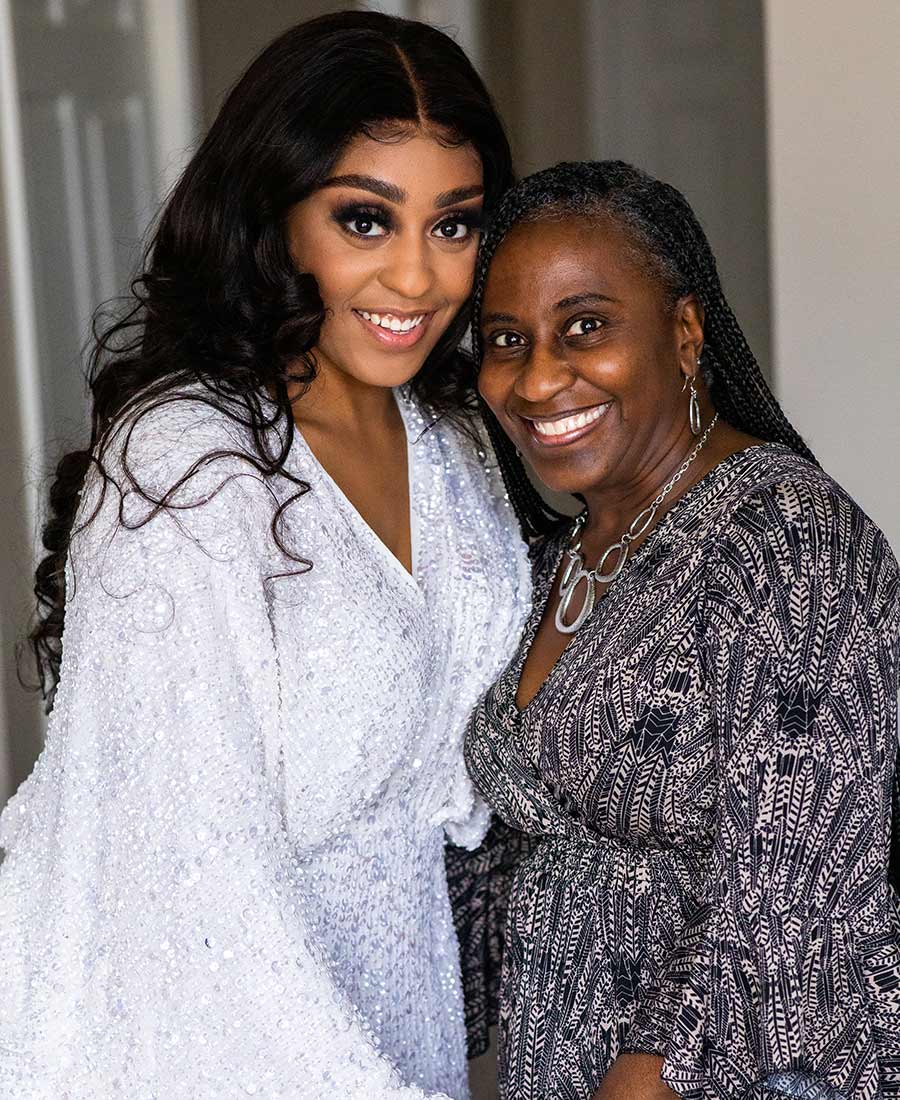 For Philly natives Sierra Simmons and Daryl Worley, it all began in 2013, during their senior year in high school. They connected via a Twitter hashtag for West Virginia University, through which they realized they were from the same area and planning to attend the same college. But, like many couples, they also discovered they’d been running in nearby circles for years: They both attended the same sleep-away camps as pre-teens, and Daryl, now a cornerback with the Buffalo Bills, attended a few high school football games when Sierra was cheerleading. They started dating freshmen year of college and have been inseparable ever since.

Daryl proposed five years later at their son, Kaiden’s, first birthday party, held in their backyard with friends and family. Daryl handed Kaiden to Sierra to sing happy birthday, and that’s when she spotted her son’s shirt. It read, “Mommy, will you marry Daddy?” When Sierra turned to look at Daryl, he was down on one knee. “I was so nervous I couldn’t even talk,” he says. “All I could do was smile.” 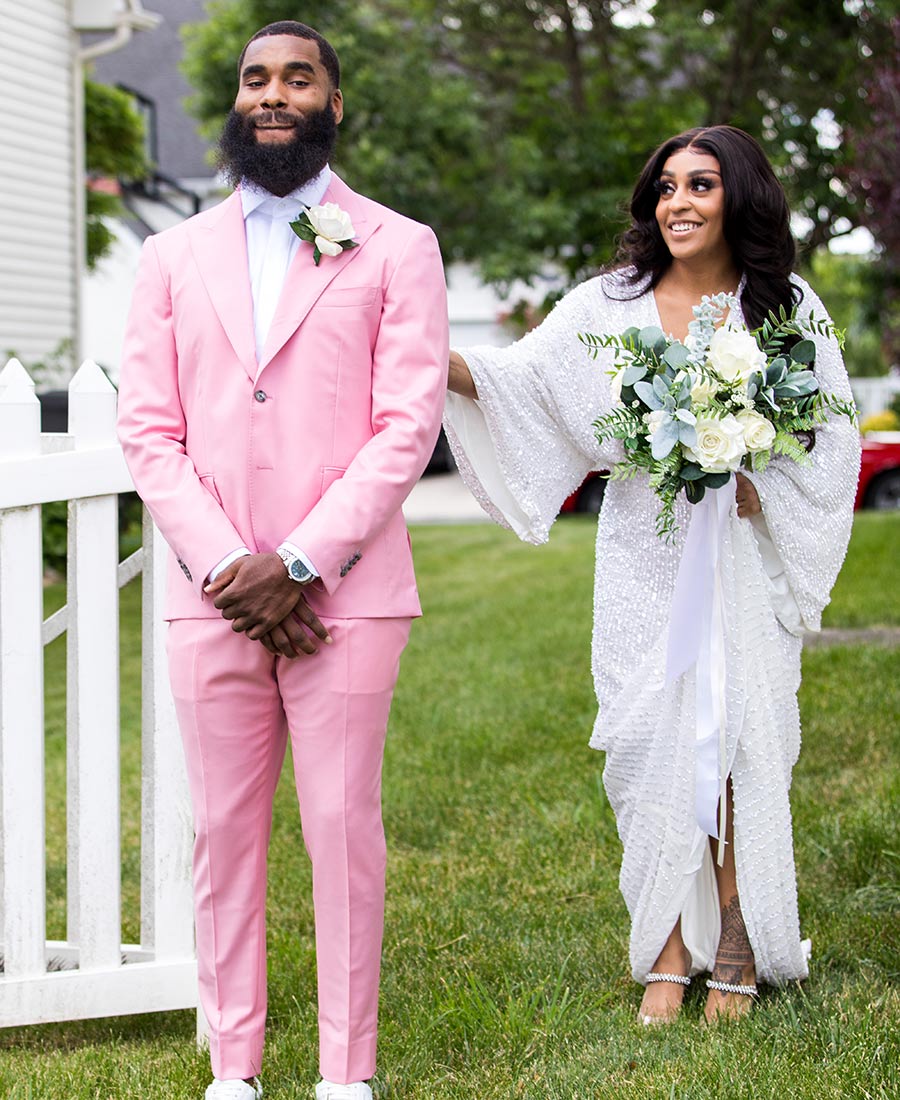 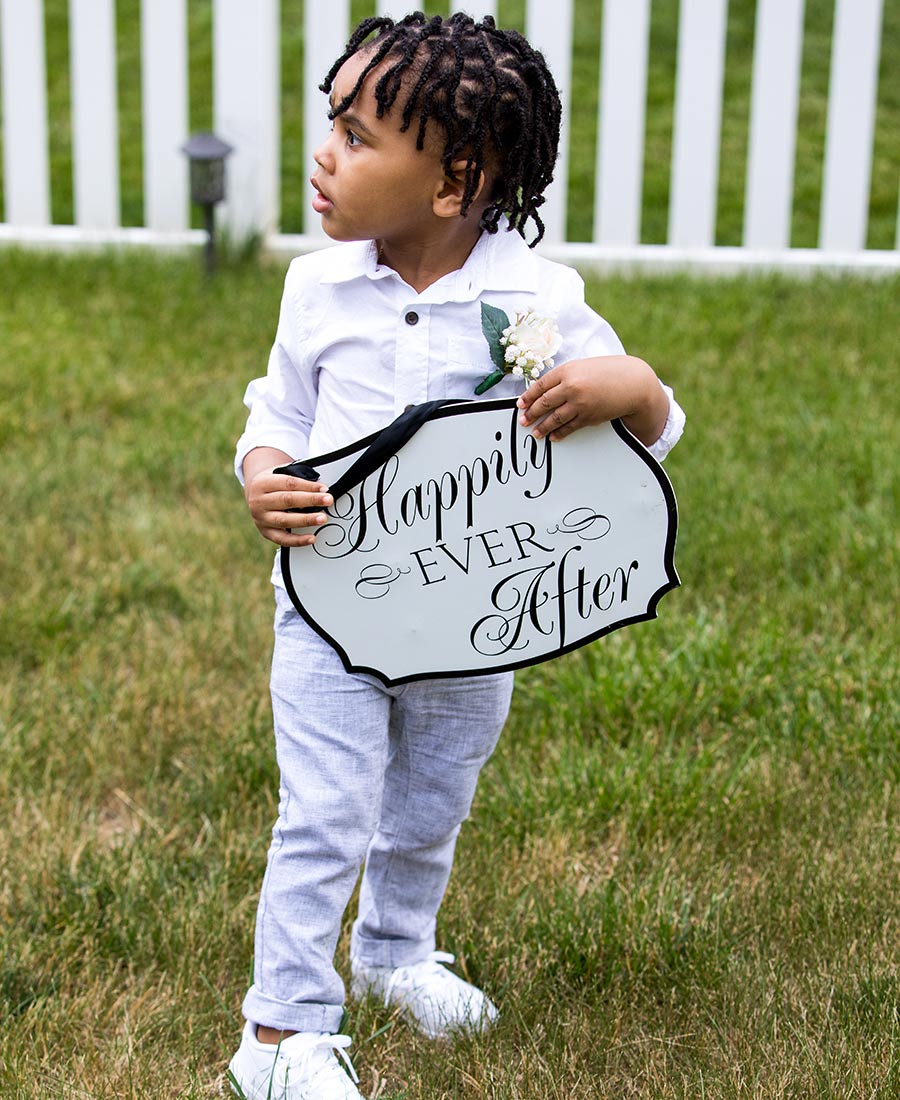 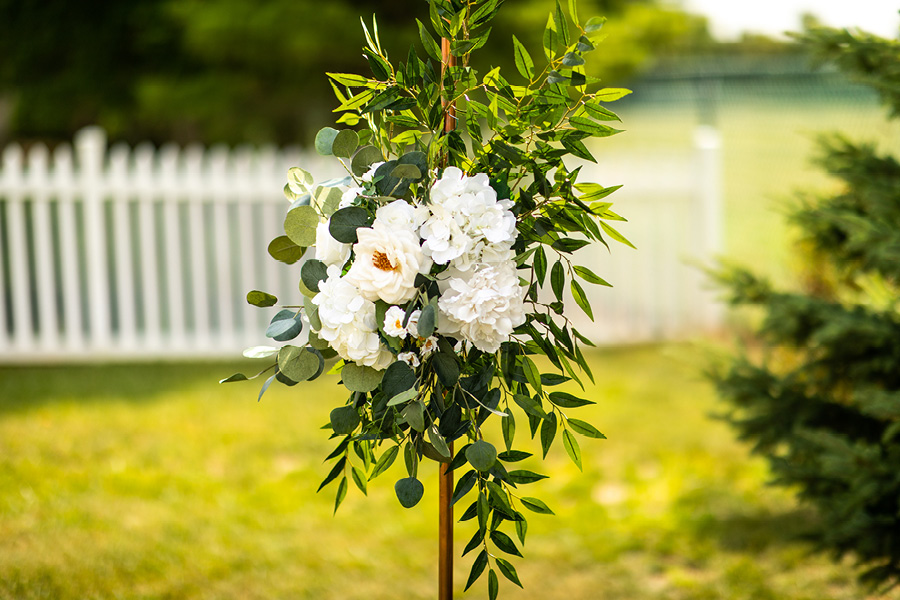 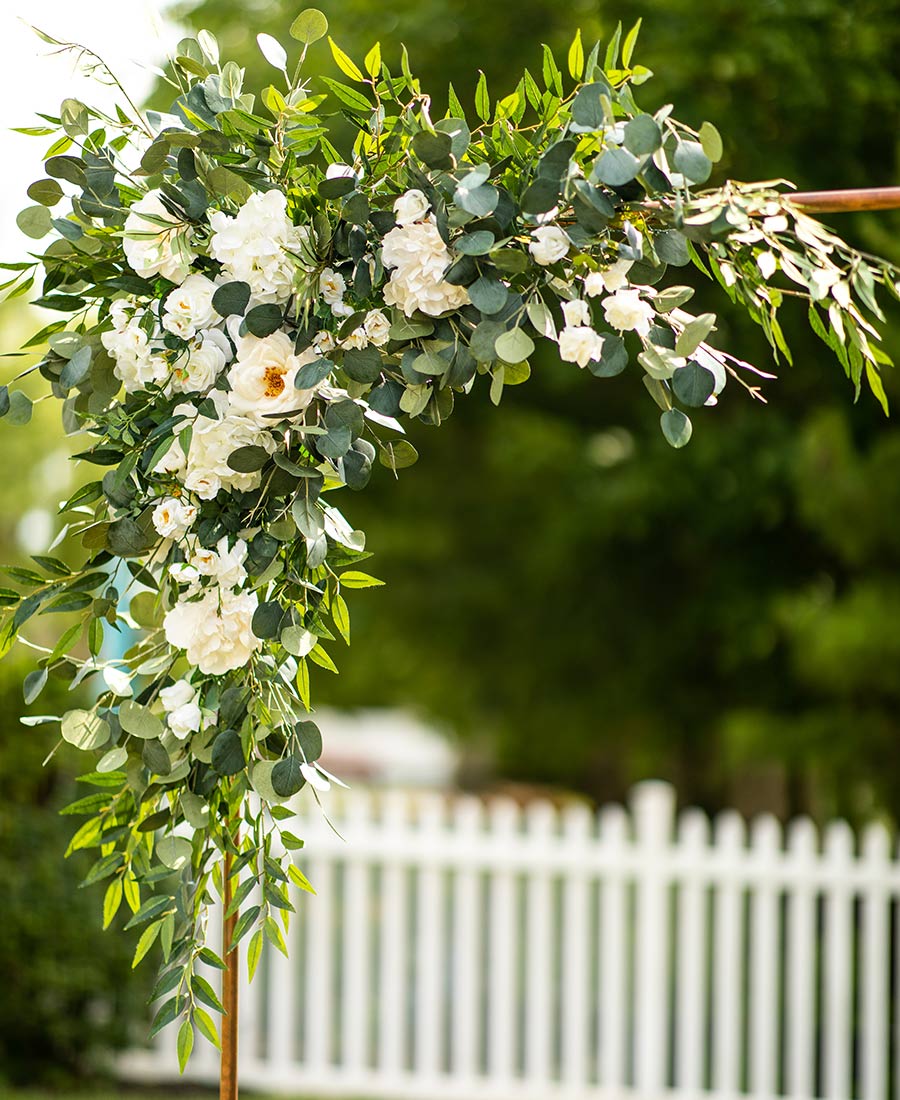 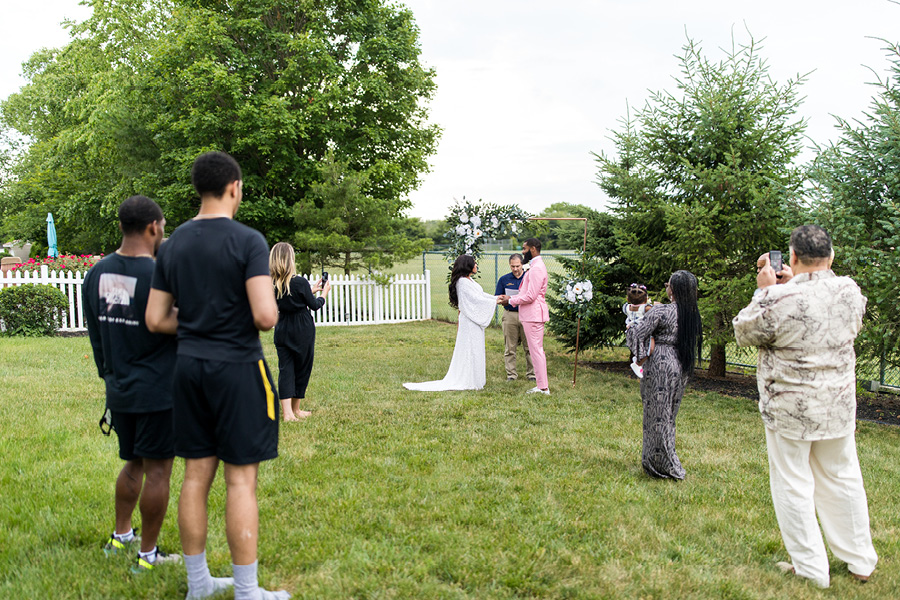 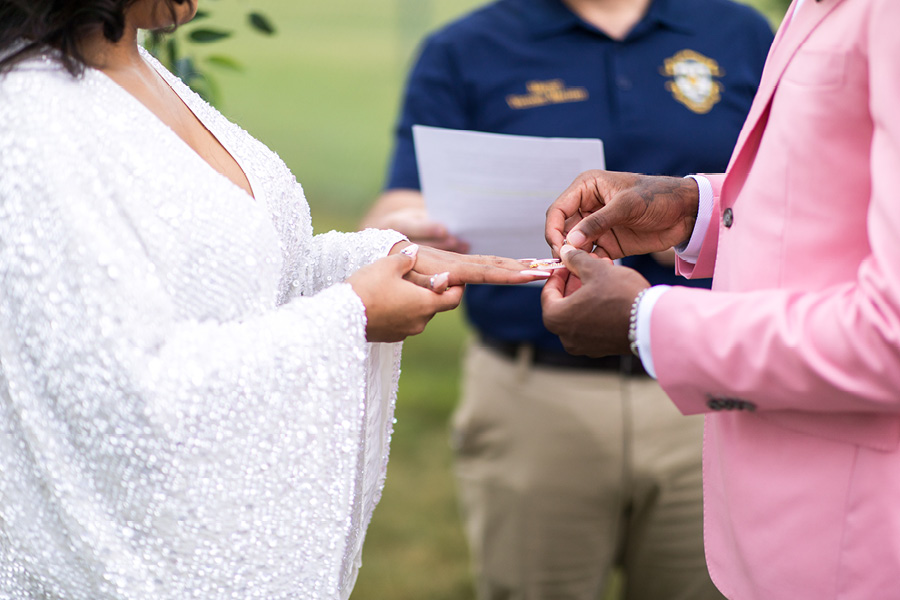 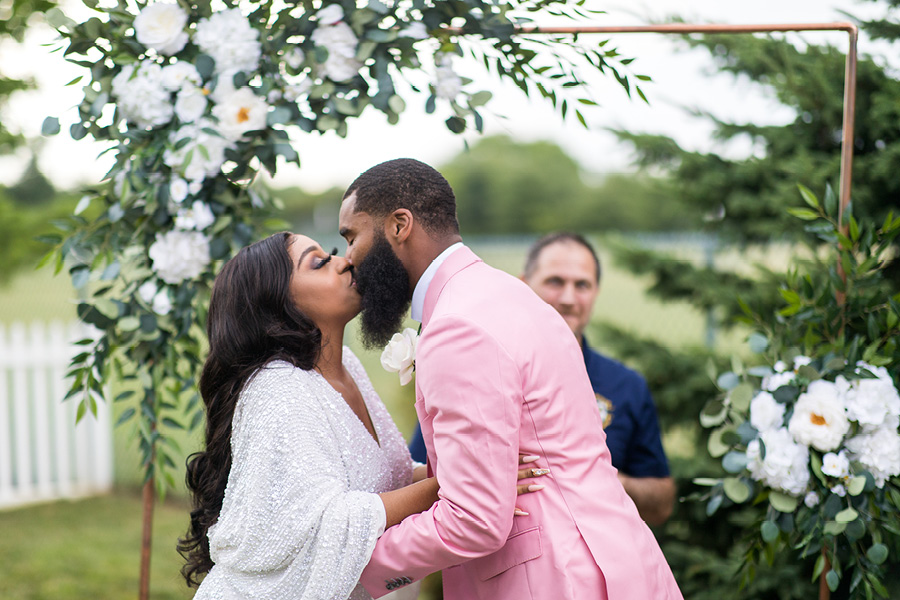 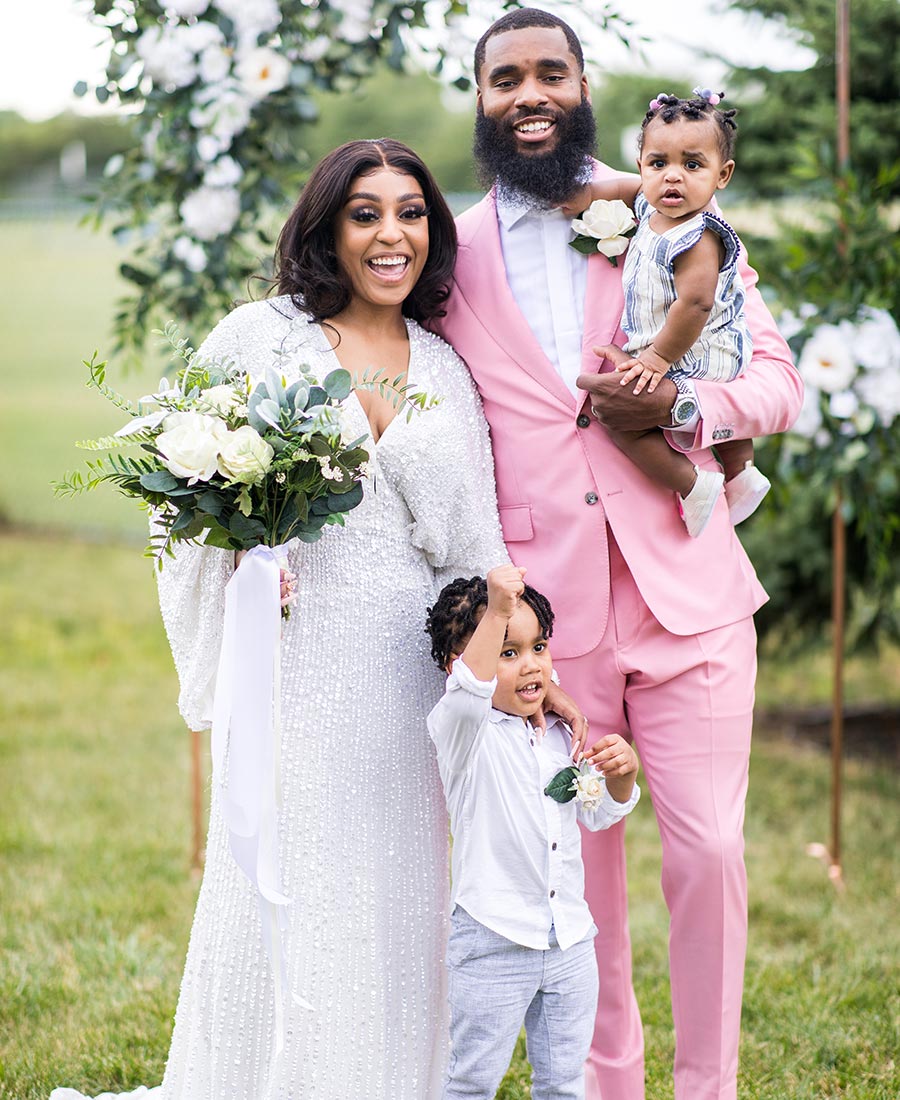 They set their wedding for June 19th, 2020, at the Ballroom at the Ben, with 180 guests, but decided to postpone a month beforehand due to the pandemic and on the strong recommendation of their venue. “We were heartbroken that we couldn’t celebrate our Big Day surrounded by friends and family the way we wanted.” Sierra reached out to planner Mandy Rainstein of Events by Rainstein Design, who informed their vendors. The bride-to-be also ordered postponement cards from Chick Invitations to inform guests; they read, “Let’s try this again,” with other details about their decision. (The couple hopes to hold their future celebration February 28th, 2021, at the same venue with the same vendors.)

RELATED: A Guide to Philadelphia Weddings During the Coronavirus Outbreak

Through all of this, they realized they didn’t want to push their “I do’s” back any longer — the party could wait, but their love couldn’t. So, they planned for an elopement on their original date in their Swedesboro, New Jersey, backyard — already a special place for the couple. (It’s their permanent residence in the off-season.) Nine people were in attendance, with other guests watching virtually. Sierra says she even had her bridesmaids on group FaceTime while she was getting ready and taking pictures. “It was so comforting to have them with me without them actually being there,” recalls the bride, who donned a Ciara sequin kimono-sleeve dress by ASOS Edition with Jimmy Choo heels. The groom: a custom pink suit by Amin Standard embroidered with his name, plus Saint Laurent sneakers. They had initially planned to wear the dress and suit for their rehearsal dinner party, but decided to sport it for their elopement, instead. 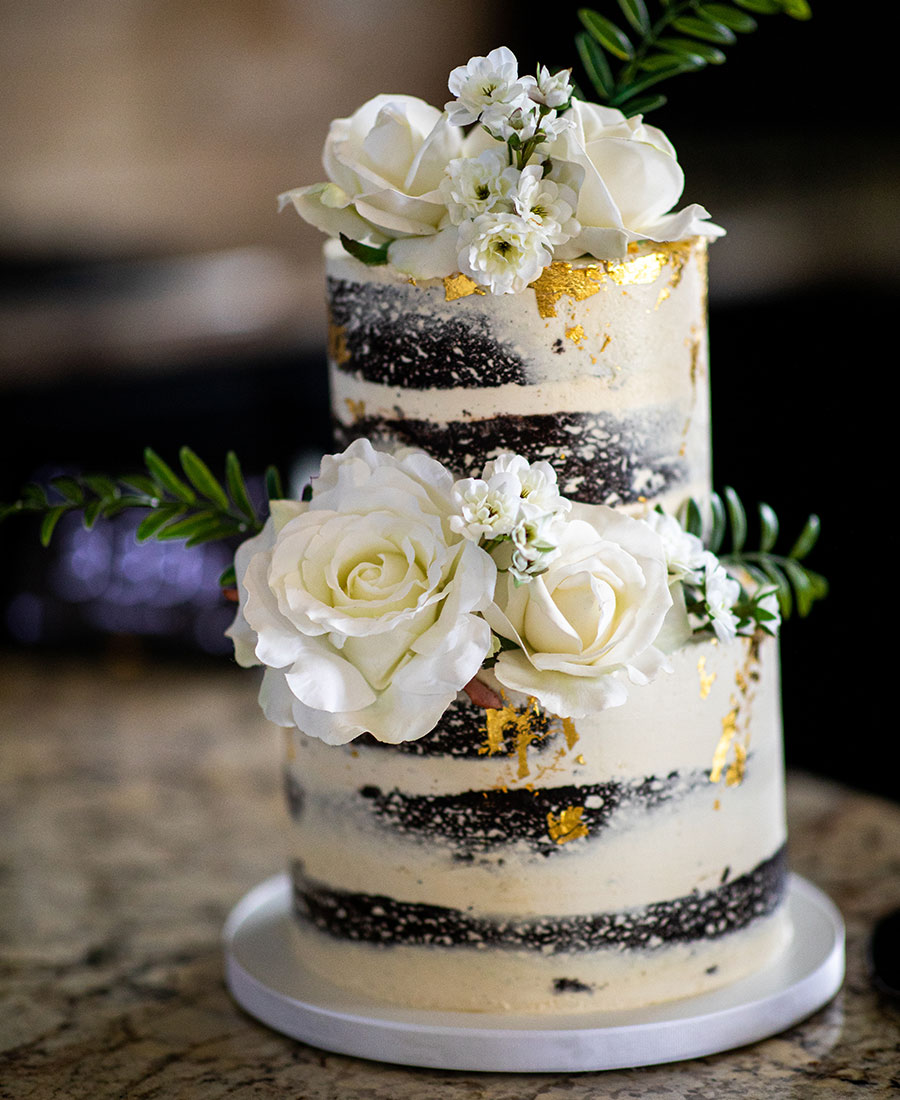 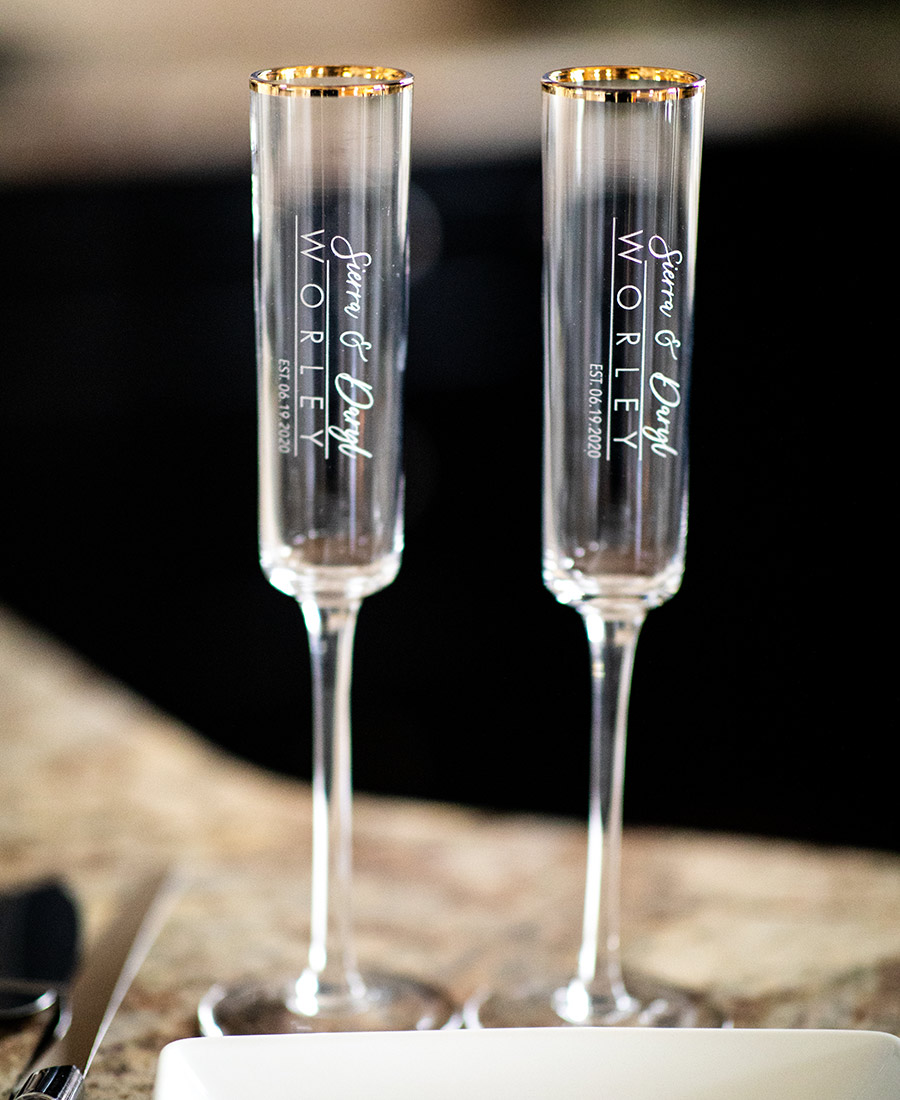 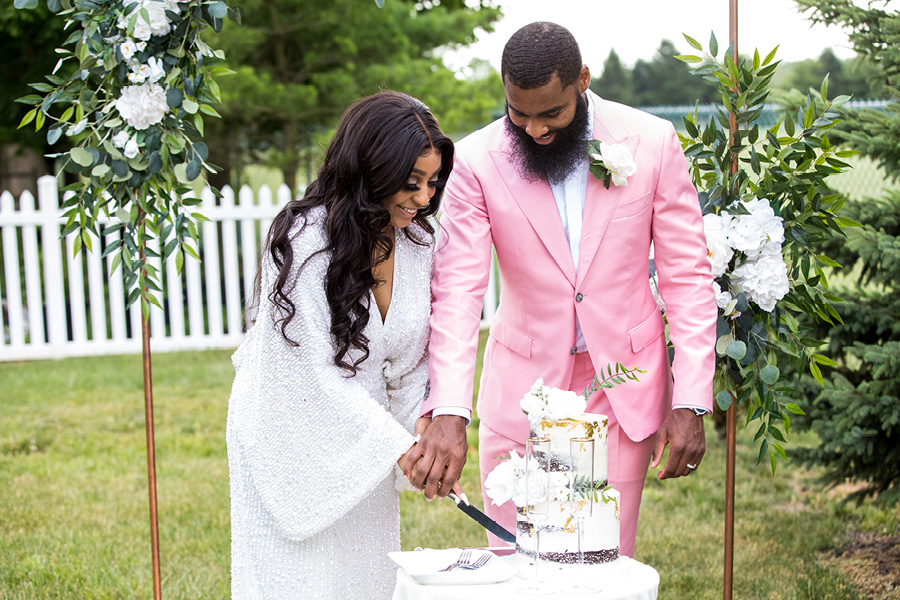 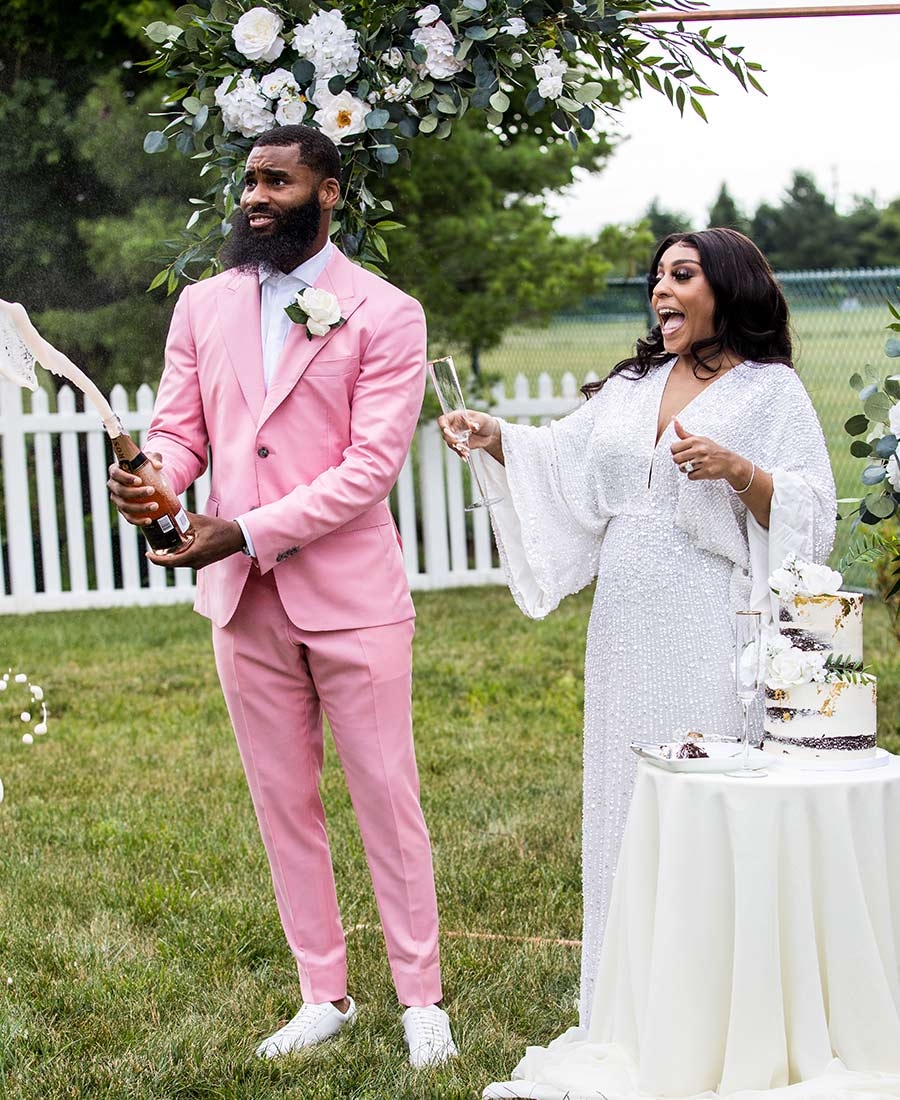 Their daughter’s, Karsyn, and son’s flowers matched the bride’s floral arrangement and ceremony backdrop, with its white and cream roses and peonies, with various greenery. Woolwich Township Mayor Vernon Marino officiated. The couple got teary-eyed while reciting their vows and holding hands: “It hit us because, wow, the moment was finally here.” They were amazed they were even able to pull it off. “Seeing everything come together the way it did was a surprise: Eloping in our backyard evolved into such a special celebration.” 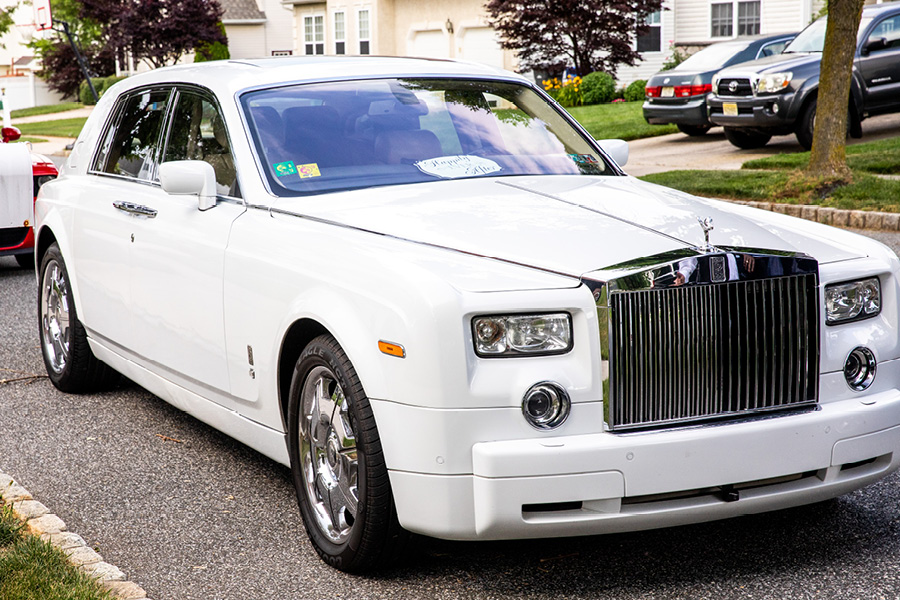 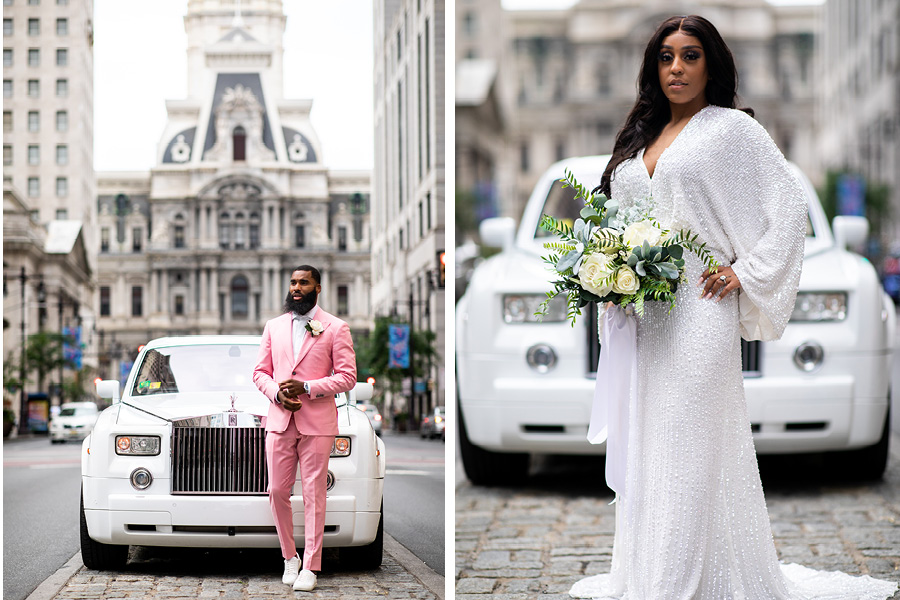 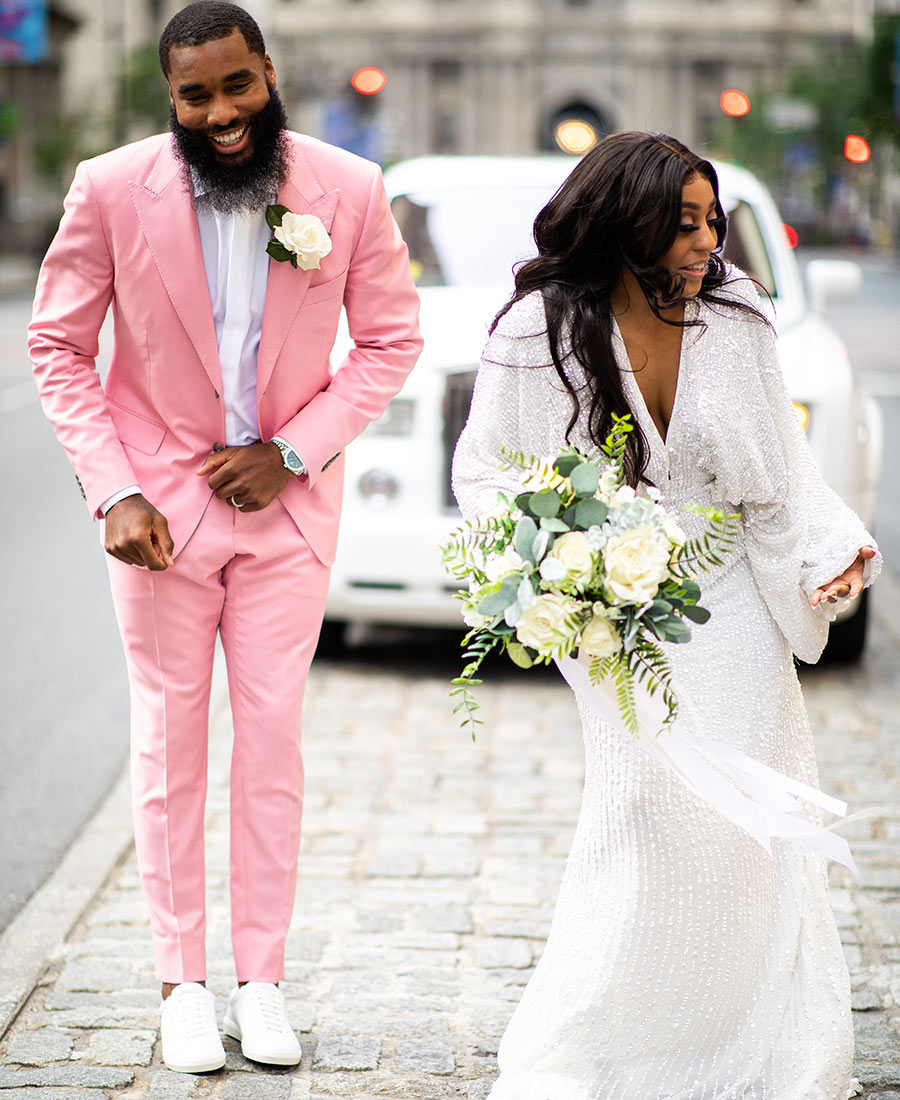 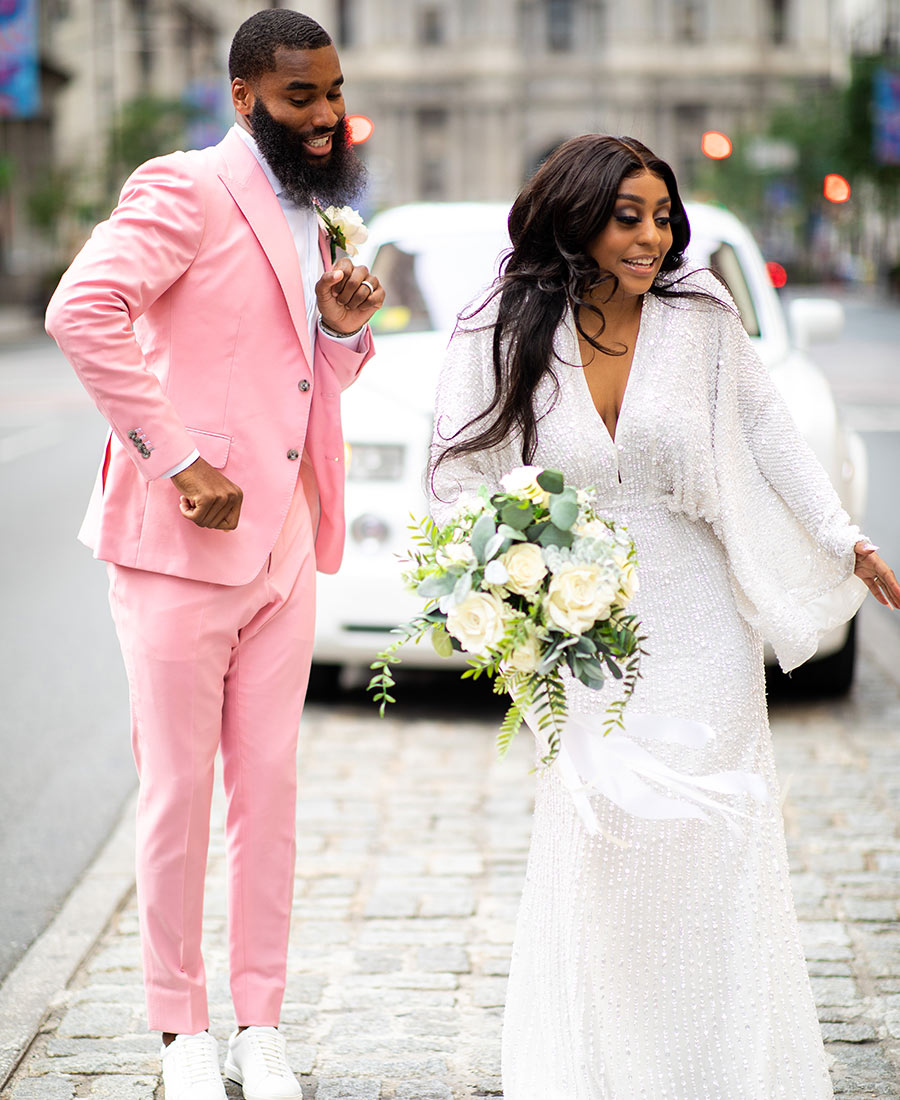 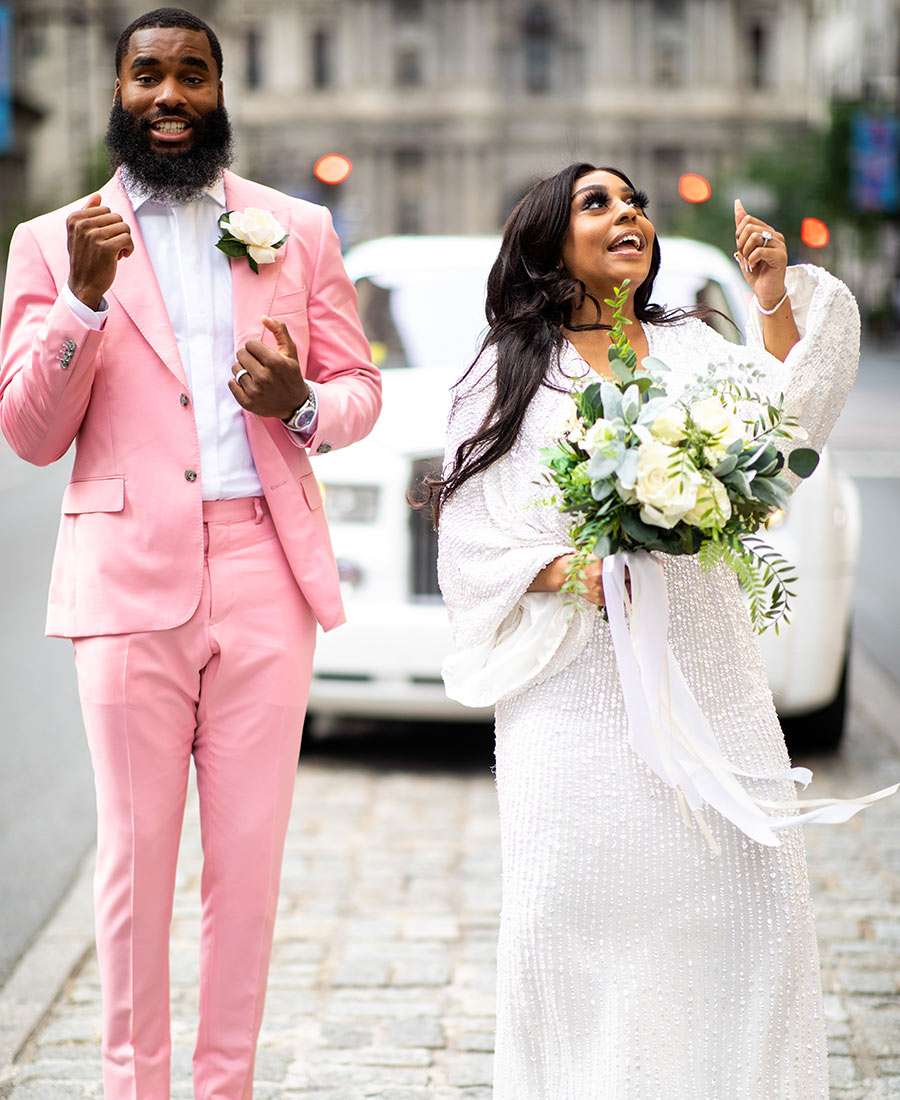 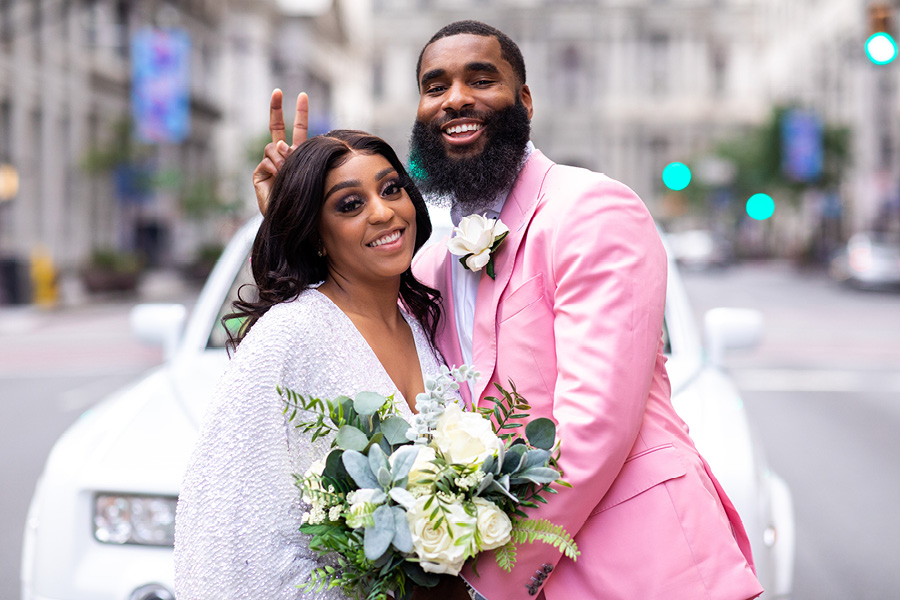 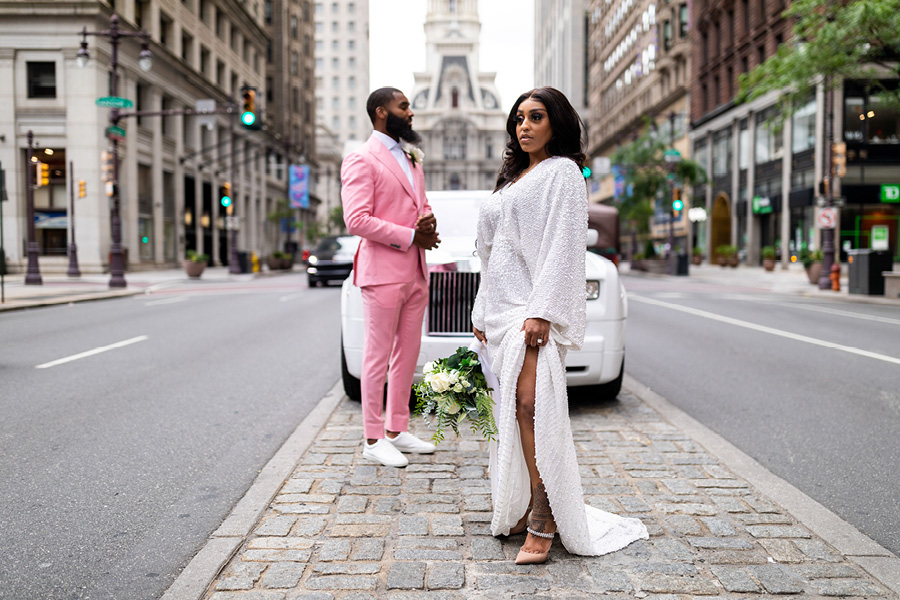 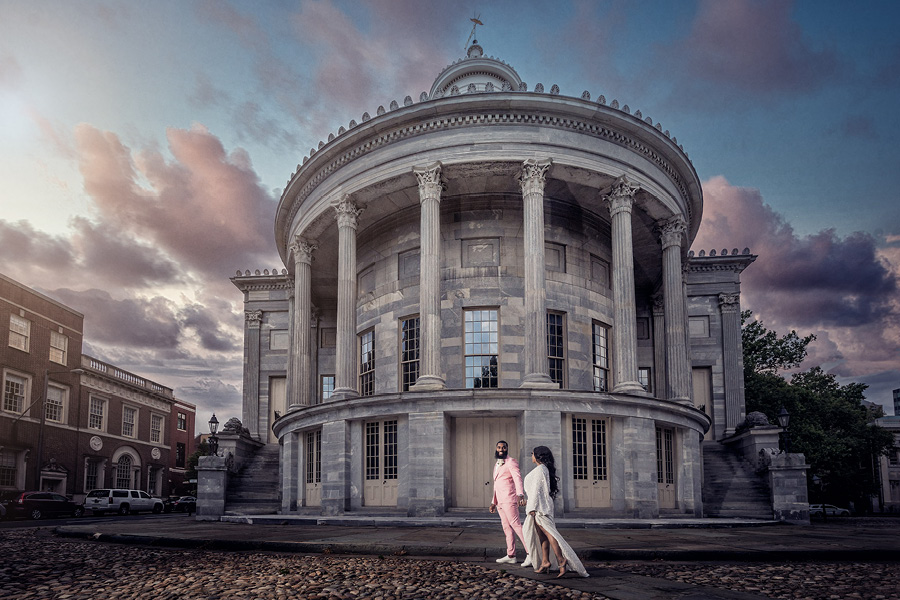 Their garden celebration also included a sweetheart table with their wedding cake (a three-tiered confection with chocolate, sheer vanilla buttercream frosting and gold-leaf accents) and custom flutes with bubbly. The groom’s favorite touch? Popping the champagne and toasting their new journey together — which continued post-wedding in a Rolls-Royce Phantom from Ali Baba Limo. They hopped in for the quick trip to Philly, where they snapped photos at iconic locales, like Broad Street, with City Hall rising in the background, and the Merchants’ Exchange Building in Old City, before checking in to The Ritz-Carlton, Philadelphia for their mini-moon weekend getaway. As for their future honeymoon? Barbados, when it’s safe to travel again.