(JTA) — When Lloyd Wolf heard the long blast from a shofar at the Jan. 6 Stop the Steal protest, the photographer was determined to find the source. He found two women, one with a prayer shawl wrapped around her head, the other holding a shofar painted with an American flag motif, and snapped a picture.

Wolf, a freelance photographer based in the Washington, D.C., area, said he joked with the women about whether they would be sounding the blasts typically heard during High Holiday services.

“Are you going to do three shevarim also?” he asked them — and got blank stares in return.

Wolf only expected to hear shofar blasts at High Holiday services at the Fabrangen Havurah in D.C., where he has a membership.

“I think what they were doing was trying to blow the shofar like Joshua,” Wolf said, referring to the Jewish warrior’s blasts that brought down the walls of Jericho in a biblical saga about resisting corrupt governments. That story inspired at least some of the Trump supporters who convened last week in Washington to protest the outcome of the presidential election.

The shofar has been taken up as a symbol by evangelical Christians, who make up many of Trump’s supporters. The shofar blowers Wolf encountered were just a small part of a much larger crew of Trump supporters — including extremist Proud Boys and QAnon supporters — that he photographed at the Capitol.

A week after the event, Wolf said he was worried that the mostly maskless protesters had infected him with COVID-19 and was planning to be tested for the virus after developing a sore throat and fatigue. But he said he also was concerned that another affliction might lie ahead for people like him who documented the shocking event: post-traumatic stress, of the sort that debilitated him after taking pictures at the site of a terror bombing in Jerusalem.

We spoke with Wolf, who has snapped shots of every president from Reagan to Trump, about his experience photographing the Capitol mob, how he expects the event to remain in his memory and what he thinks Jews can learn from this moment.

This interview has been edited for length and clarity.

JTA: What brought you to the Capitol on Jan. 6? Did you know something was brewing?

Wolf: Four years ago, I was one of about 20 or 30 photographers involved in a book “UnPresidented,” about Trump’s inauguration, the counterprotests and the Women’s March. Recently Joe Newman, the photo editor, suggested we get the band back together for a book on the transition of power, which is what we did.

That day, I decided to go to the east side of the Capitol, which was one of the areas where it was clear that they were going to demonstrate, and position myself there. I got there about 10:30 a.m. in the morning, and stayed until just a little before 4.

So heading down there, you knew there were risks, either from COVID-19, with people not wearing masks, or even just violence. What made you want to head down there in spite of all that?

I did feel nervous the day before, but I told friends and family publicly, ‘Look, I’m gonna go down,’ which is kind of my way of talking myself into it. I was a little worried, but I said this is a historic event. This is what we do. You know, I’ve been to Colombia, I photographed a bombing in Jerusalem. I tend not to be easily frightened, though I have a healthy sense of self-preservation. 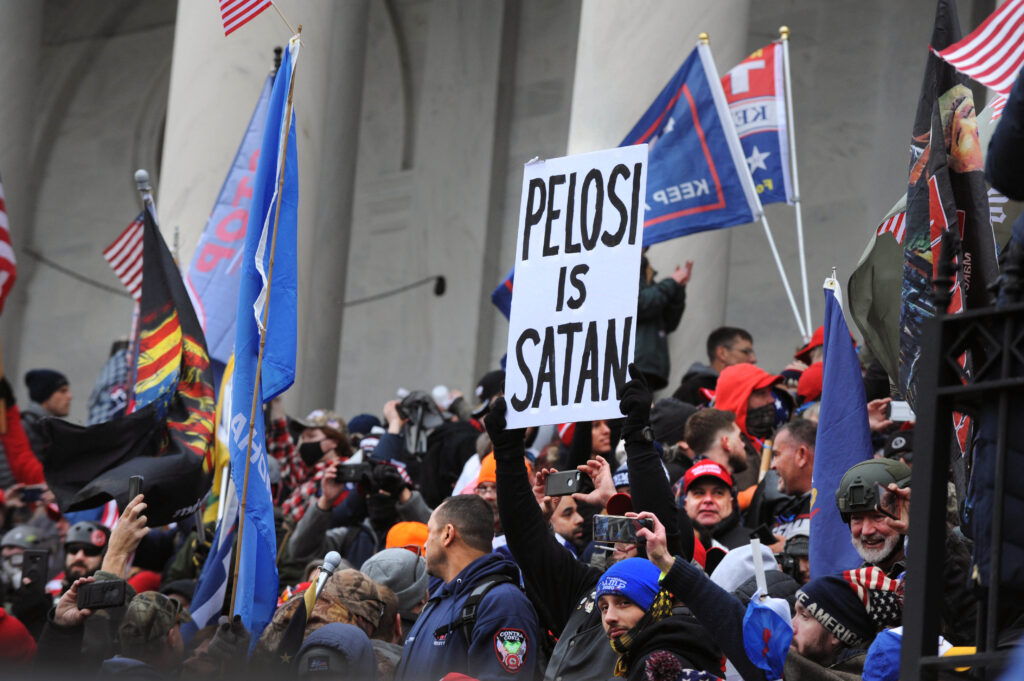 So what did you see when you got down there?

There were not many people when I got there, maybe a few hundred on that side of the Capitol.  I was on the east side that faces the Supreme Court and the Library of Congress. Then the broadcasts of the president’s long rambling speech changed the mood of the crowd. More people started arriving. I couldn’t hear all of it, but people were holding up phones and Bluetoothing it to various little speakers and things so you could hear his voice.

Then it wasn’t just yelling and screaming and waving signs. There was some of that, too, but the frenzy level went higher. After the president’s speech, a large body [of people] came up from Constitution and Pennsylvania Avenue, on the side I was on.

But what I didn’t know is that there was an even larger body of people on the other side of the Capitol.

Do you remember what they were yelling and screaming?

“Hang Biden,” “Stop the steal” or “We’re for Trump” or “We’re the party of Trump.” Those were the main ones you would hear. There was also an evangelical Christian prayer meeting going on to one side, where they were speaking in tongues, trying to prayerfully exhort the Congress to do what they felt was God’s will, to remove Satan from their hearts. 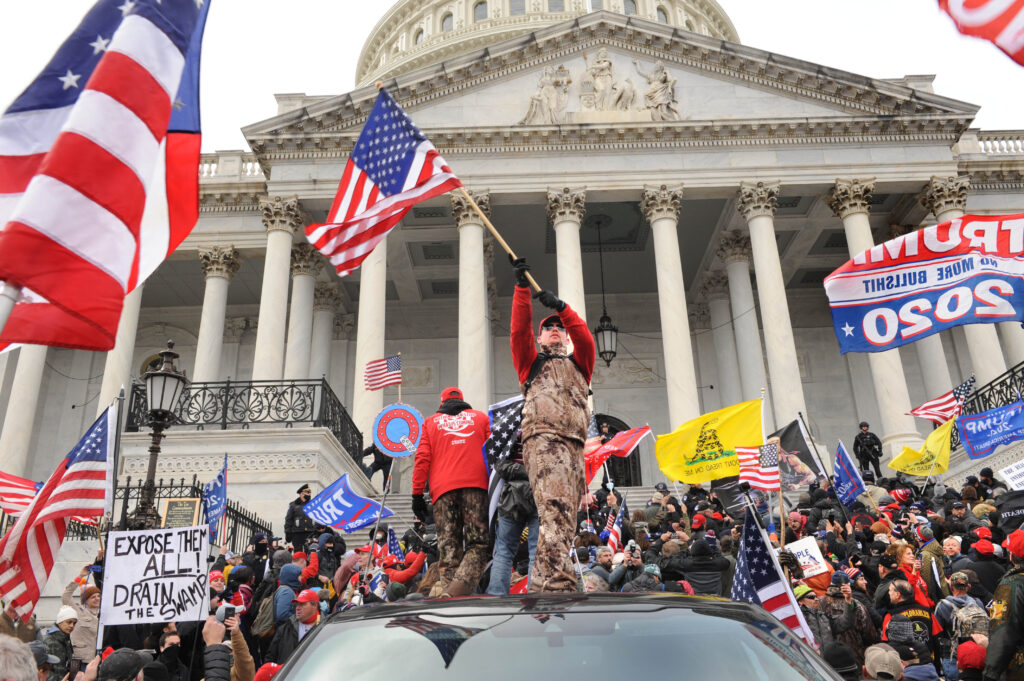 What other signs or symbols did you see?

There was someone walking around with an Israeli and a Mexican flag. I did not see the fellow with the Camp Auschwitz T-shirt, though I must have been very near him based on a picture I saw. There were a number of Proud Boys wearing black and yellow. There was QAnon, there were Three Percenters, obviously a great variety of MAGA hats, some Second…